And here it is! Finally! I’m sure there are a lot of you guys that are somewhat reserved about the appearance of the OV-10D and a little skeptical about the model. But, I must say,  it sure got my attention!

When it arrived here at Squadron headquarters, I couldn’t wait to open the box and see what was in it. I was immediately impressed with the contents. This is one of Kitty Hawk’s better deals as far as quality and detail. Everything in the box looked the way it should look and elevated to the standards of a professional plastic kit manufacturer.

The North American Rockwell OV-10 Bronco was developed as a turbo-prop light attack and observation aircraft in the 1960’s. It carried the role as a special platform used for counter-insurgency combat (COIN). One of its major primary missions was forward air control (FAC).

The Bronco has a “central nacelle” housing pilots and cargo. It has a twin boom design, containing twin turboprop engines. Although a little oddball shaped, the Bronco was a sturdy aircraft and could take off and land from short runways or dirt roads and could “loiter” for about three hours over designated areas.

I do not want to bore some of you to sleep with technical data and leave that to the internet. I just want to dive head first into the colorful Kitty Hawk box and tell you all about it.

The kit comes with 12 sprues of finely engraved parts, molded in light grey, high quality plastic. Clear parts a neat and crispy rendered and a small fret with PE is included, representing plaques, seatbelts and vent covers just to name a few.

What really took my breath away is the level of quality when you look at the fuselage and wings. In the past, at least in my perception, Kitty Hawk had a few releases that were a little “overdone” to my taste in the panel line area. With the Bronco they learned from their mistakes and got it just right. Panel lines are lien and intricate and riveting is genuine.

The part attachments to the sprues are miniscule and easy removable and detail is plenty. The kit comes with clear straightforward instructions, giving the modeler a step by step layout for building the very detailed cockpit, gun pod and radar housing. Exceptionally well rendered turbo engines, landing gear, external storage and weapon configurations.

The kit comes with four beautiful full color schemes to build either a Navy version or three Marine adaptations. There is also a painting and marking guide present to take care of the ordnance. Decals are superb and a separate small sheet is included to be used as a backdrop in conjunction with the instrument panel.

As I stated above, either you are a fan of the Bronco or you’re totally oblivious to it, but because of the way Kitty Hawk executed the model kit, I’m sure even the skeptic of skeptics have to agree that, as a kit by itself –the OV-10D belongs up there with the best.

That said, I can only encourage all of you to give it at least a glance or a minute of your time and hopefully, like me, will be enthralled enough to get one. Even if it only is for personal gratification. Perhaps in the near future, I will follow this post up with some details on the build.

So we have one ready for you! Now pick up that phone or click here to get yours. You won’t be disappointed!

Question: Many folks have been looking forward to the release of this kit…were you one of them? Tell us why down below!

P.S. Also arriving this week was the Cougar 4×4 MRAP from Panda, another version of a  T-6 Texan from Kitty Hawk, and the Meng 1/35 Leopard 1 A5 German Main Battle Tank 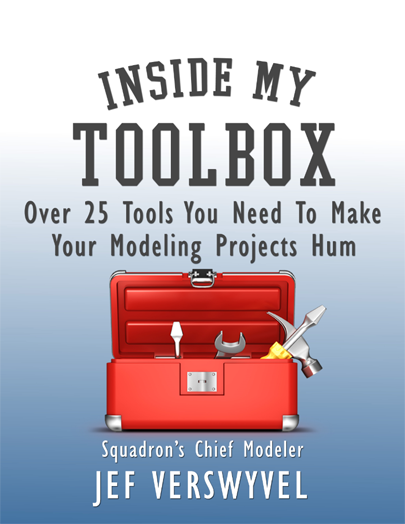